It is about mother’s love.

The music video is now accessible via internet and is in his facebook page too. 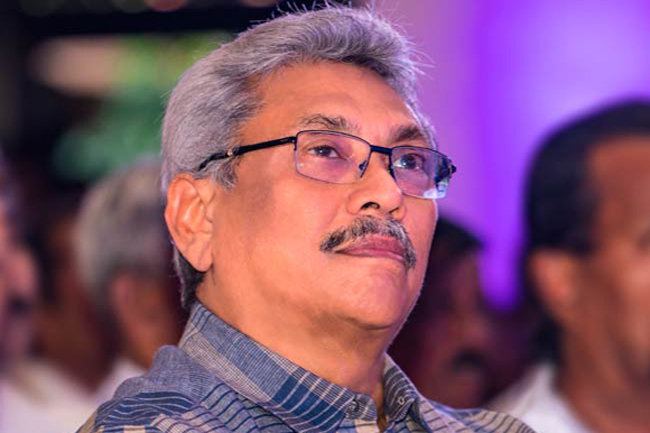 President Gotabaya Rajapaksa, in a telephone conversation with Australian Prime Minister Scott Morrison, has expressed his empathy to Australians as they battle one of the worst bushfires in history.

Bushfires in Australia at this time of the year are quite a natural occurrence. However, the extent of the damage and the rage of the fires this year are quite severe and have already claimed the lives of over 30 Australians – including lives of rescue workers. It is feared that lives of half a billion animals being affected is a conservative estimate.

It is expected that the worst is yet to come with January and February usually being the hottest months in Australia, the President’s Media Division (PMD) said.

While all the States in Australia are affected by wildfires, the worst hit is New South Wales where over two thousand homes had been ravaged. Early December last year, due to smoke the quality of air in Sydney was rated as 11 times the hazardous level.

President Rajapaksa has sympathized deeply with the families who have lost their loved ones to the fires. Having suffered through our own natural disasters such as the 2004 tsunami, floods and so on, President Rajapaksa said that Sri Lankan people fully understand the horror Australian citizens are suffering at this moment.

As world renowned Ceylon Tea is a favorite and comforting beverage to Australian citizens, President Rajapaksa hopes that the tea that Sri Lanka is donating would help raise the spirits of Australians in these trying times, the PMD said further.

Charges were filed against the two convicts for a murder by assault using sharp weapons at Akmeemana, on November 04th, 2006.

Six suspects including the father of the suicide bomber, who blew himself up at the Shangri-La Hotel in Colombo on Easter

Iran fires missiles at US troop bases in Iraq

TEHRAN, Iran (AP) — Iran struck back at the United States for the killing of a top Iranian general early Wednesday, firing

The 33 Sri Lankans, who were quarantined at the Diyatalawa army camp’s Base Hospital upon evacuation from

A nine-person jury reached a unanimous decision in the case on Monday. Her attorney told Reuters the pop star would appeal the verdict.

A few months ago at an event, Isabelle Kaif had revealed how it was to be in the protective shelter of Katrina saying, "It is always great

BL Predicts: Hrithik Roshans Super 30 to open with double-digit numbers on its first day at the box office

June has turned out to be a phenomenal month for Bollywood at the box office as films like Kabir Singh, Article 15, Bharat emerged as blockbusters.

The 33 Sri Lankans, who were quarantined at the Diyatalawa army camp’s Base Hospital upon evacuation from

A nine-person jury reached a unanimous decision in the case on Monday. Her attorney told Reuters the pop star would appeal the verdict.

A fishing and hunting enthusiast took her hobby to the next level by catching a huge catfish with her bare hands.